I spent two months in the beautiful Roan Mountains of Tennessee last year. I went there to learn how aquaponics farming works and during my time there we were building the green house to keep the tomato’s warm through the snowy winter.

Massive thanks to David and Karen, my Workaway hosts. If you would like to volunteer with them I can forward their details.

On to the green house. David wanted to build this greenhouse himself rather than spending the thousands of dollars buying a pre made one. This allowed us to build the green house exactly as we wanted it, around the aquaponics system that was already in place there. It took two of us just less than two months to build. When I arrived the vertical corner pillars were in place so we went from there. Also when I say two months, we weren’t working more than 5 hours a day, so it was a chilled two months. 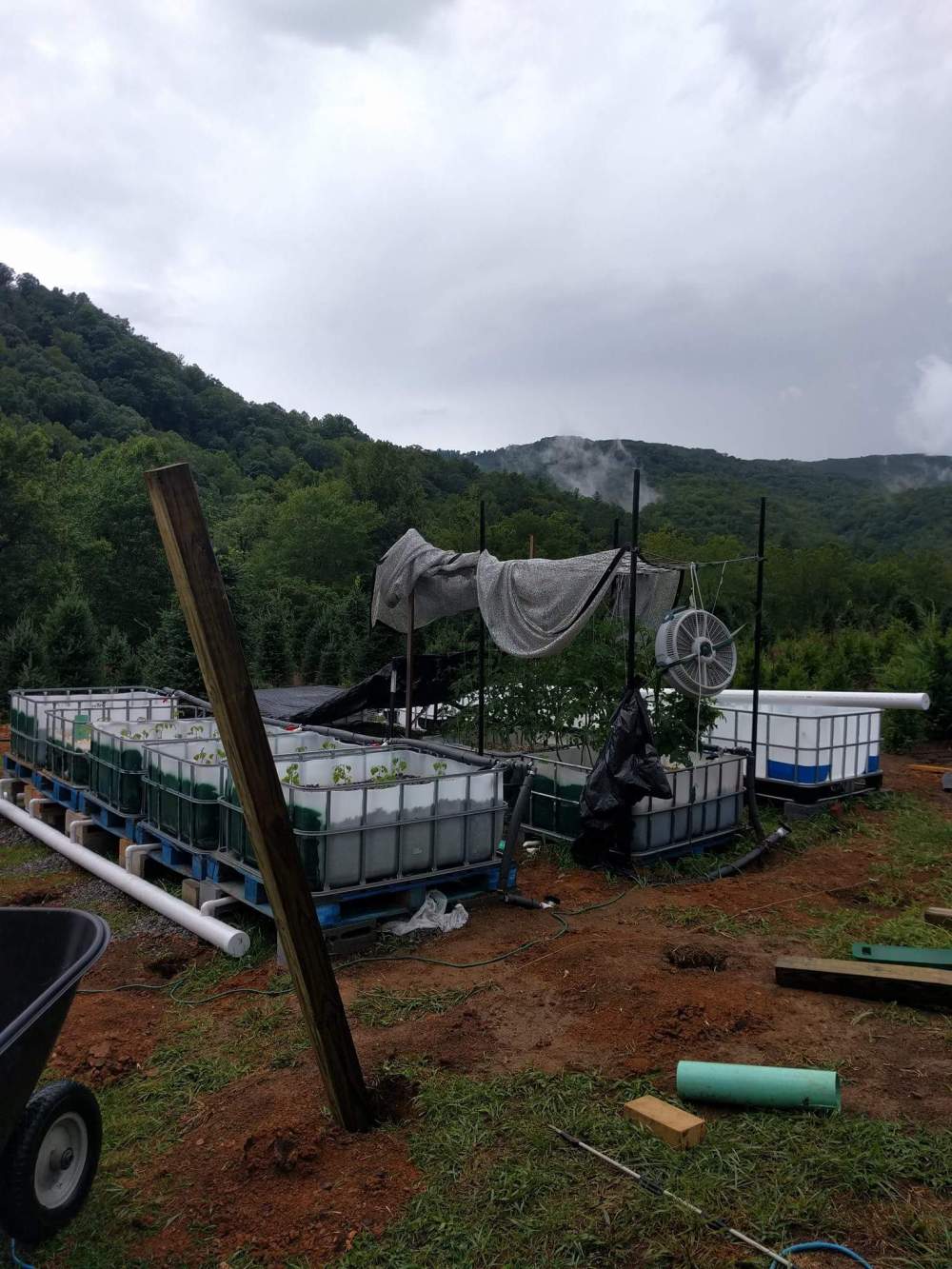 When I arrived the green house was built to this stage below. So you first need to start by getting your corner posts in and level. Dig a hole about half a metre into the ground, and maybe 10cm wider than your post on all sides, pour a bit of gravel in to the bottom for the pillar to sit on and level using a spirit level. When the pillar is level, we used the USA style instant concrete, so you just pour the powder in to the hole around the wooden pillar, then add water and mix it around a bit. Double check the pillar is still level as the concrete dries. A more environmentally friendly option to concrete is limecrete, made from lime and sand.

Next you will need to link your vertical pillars together with horizontal beams like the ones shown above. We used screws rather than nails in pretty much all of the joints of this structure. 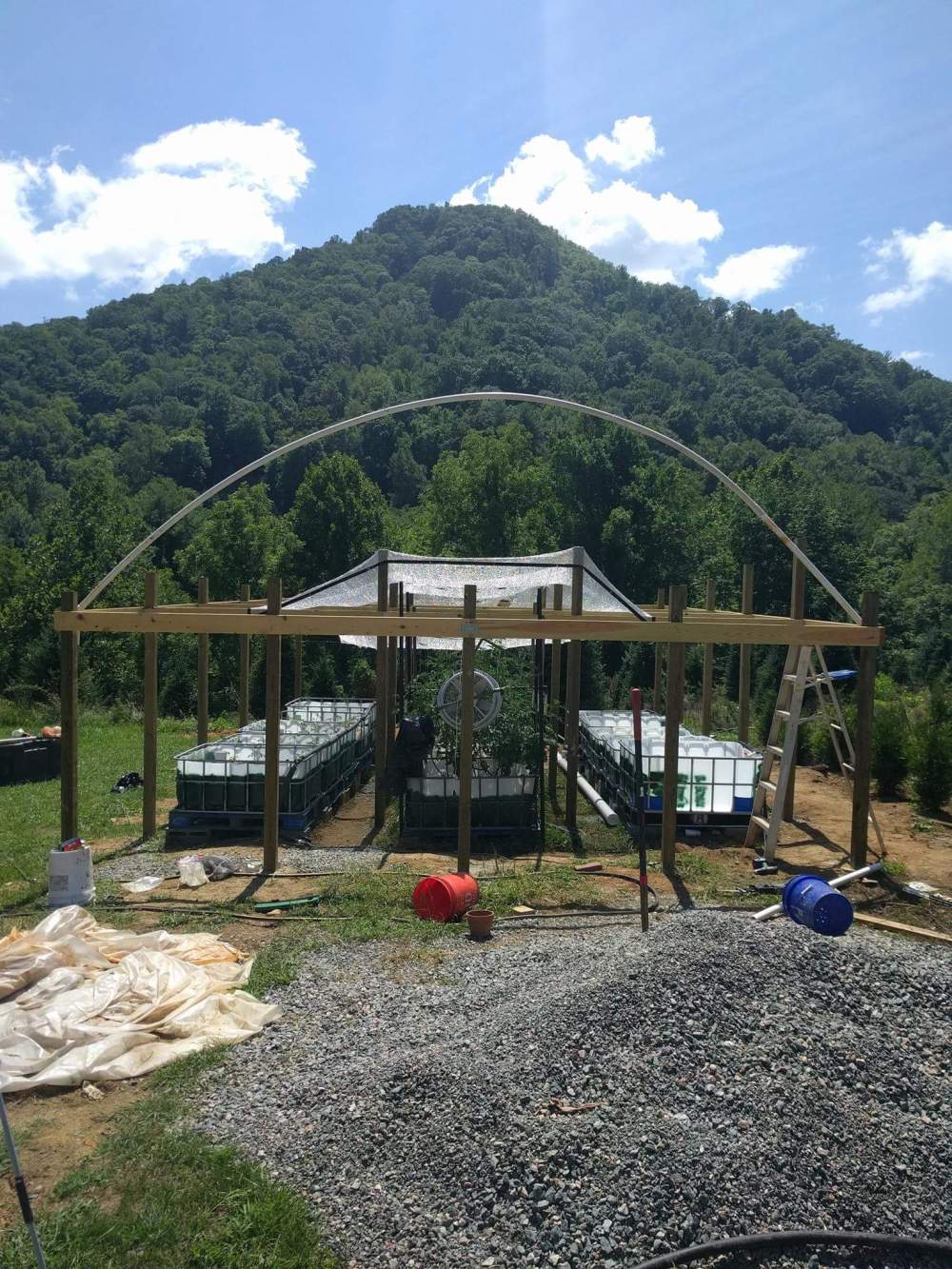 You are going to need to figure out where the plastic tubes are going to bend to so that you can cut these verticals to the right length. You can see three rows of verticals in the image below. The middle row is finished with the horizontal beam attached on top. The right hand verticals are half finished and there is one vertical already installed on the left. In order to know how high we had to cut these, we took a piece of plastic (shown above) and bent it as shown. 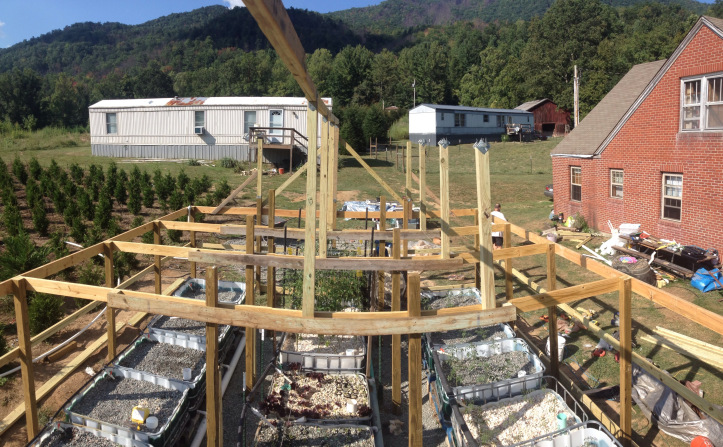 Once your support beams are in place, bend over your plastic tubes and fix them securely on both sides of the greenhouse. 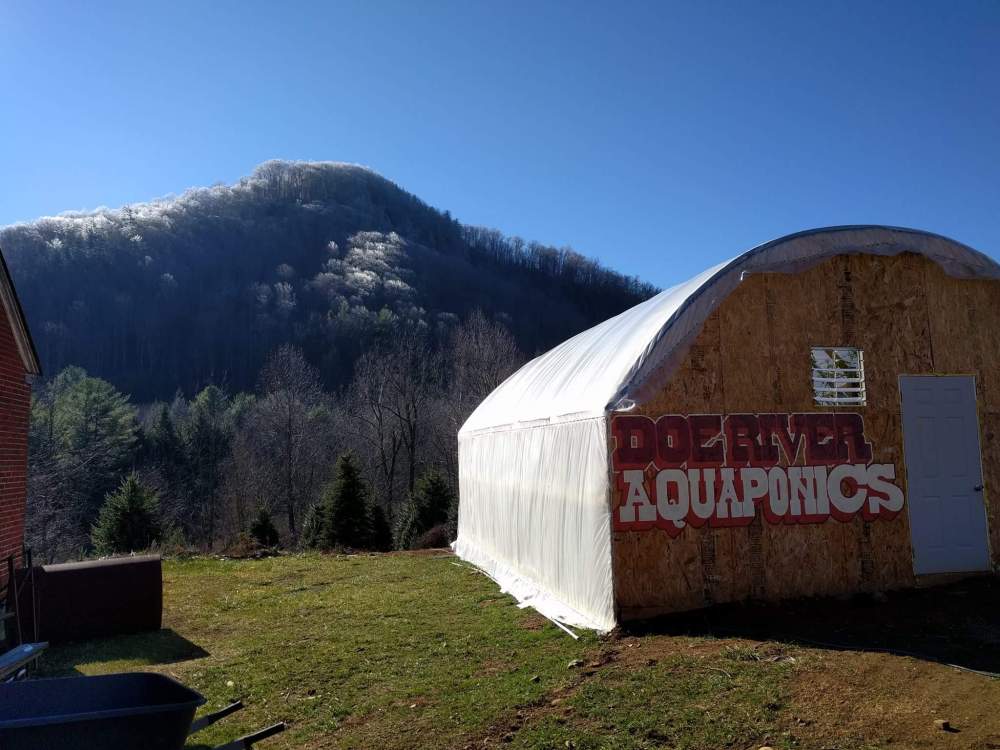 To insulate the greenhouse you are going to need two layers of plastic with an air pocket between them. The air pocket is achieved using a small fan which pumps air between the two layers. Sorry I don’t have any photos of this at the moment. We also installed an automatic vent which you can see above. It is set on a thermostat which opens it automatically and switches on a fan at the other end when the greenhouse is too hot.

Lastly we fitted the gas heater, which again was on a thermostat. The heater is placed up on the north wall of the greenhouse and blows hot air over the top of the plants to keep them warm in those cold Roan Mountain Winters 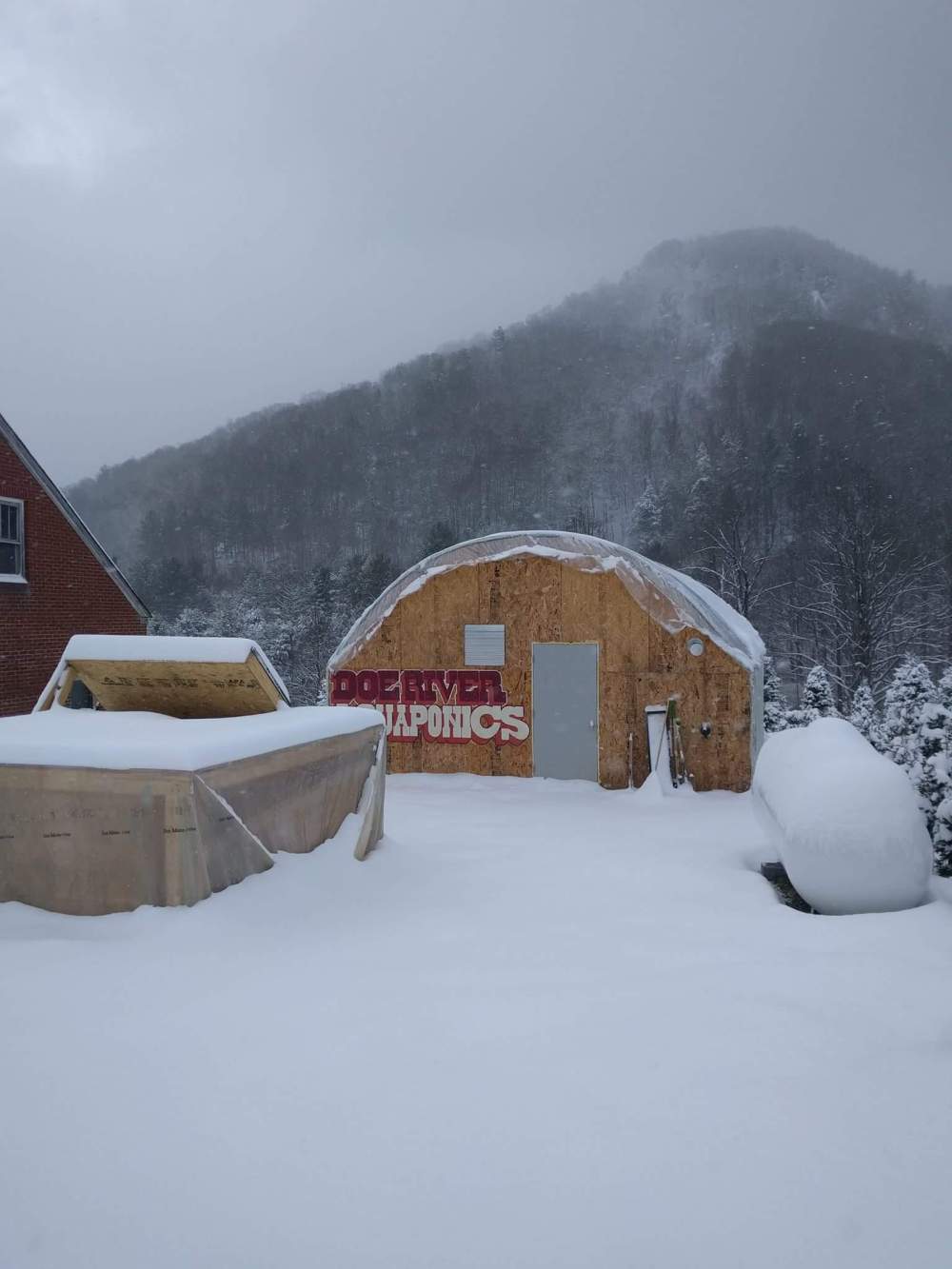